By using a mobile camera phone with a self-timer, a tripod, and the layer mask tool in Photoshop, you can accomplish this effect in 10 minutes or less with just one clone. Here’s the video.

Step 1. Put a camera on a tripod and take two photos of yourself wearing different clothes. 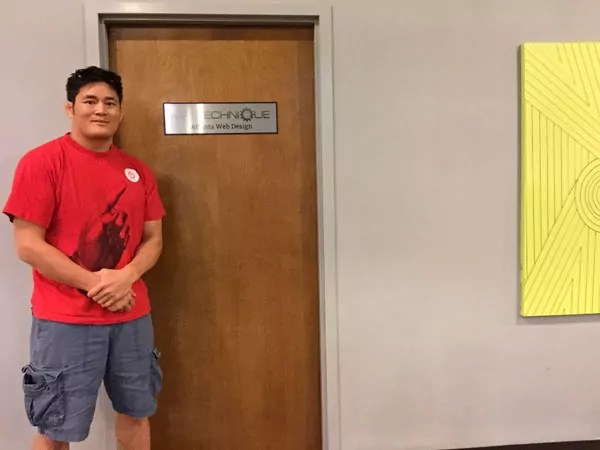 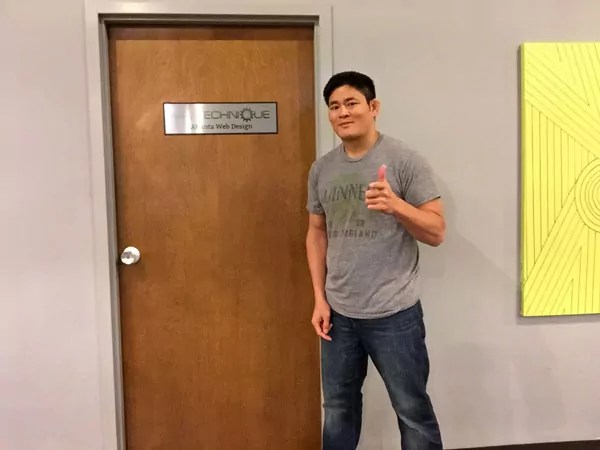 Don’t move the camera or the tripod. I took two photos of myself standing on both sides of the Mr. Technique office door. I used an iPhone 6 to take both photos, and I had set the self-timer to 10 seconds so I could strike the perfect pose.

Step 2. Open up both photos in Photoshop and place one photo on top of the other. 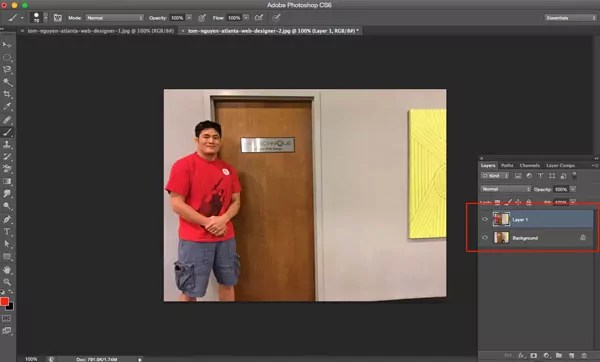 There are plenty of ways of dragging one layer on top of another. One way of doing it is to go to File -> Place and select the image with the same background as the first.

Step 3. Create a layer mask on the top layer and paint black on it to reveal the parts of the layer below. 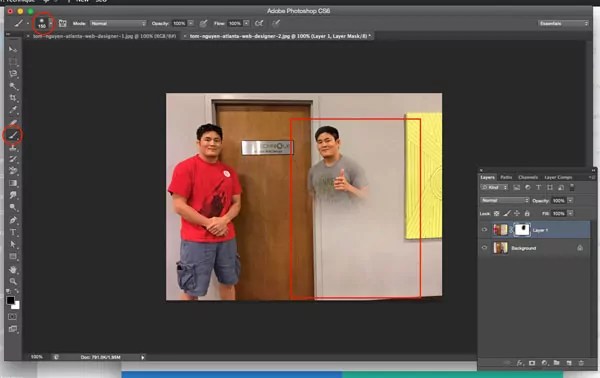 I used a soft brush because there are going to be subtle color changes between the two photos even though I didn’t move my camera or tripod. If your colors aren’t white and black in the swatches in the toolbar, you can press the ‘d’ button to reset the swatches to black and white. Make sure your foreground color is black. You can press the ‘x’ button to switch the foreground and  background colors. Paint where your twin is going to show up.

Step 4. Keep painting until your whole twin shows up. 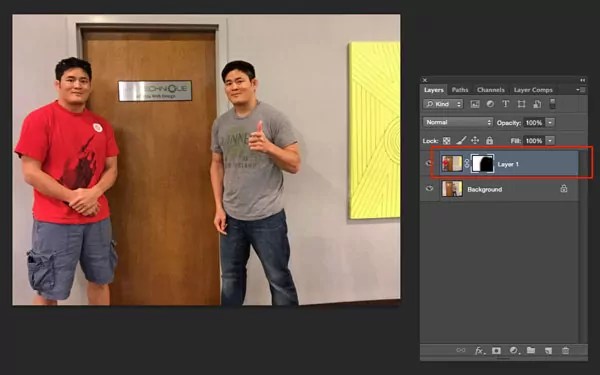 You’ll see that I painted half of the layer mask with black. I spent less than 10 minutes with this image on Photoshop. I went even further and created several clones of myself. 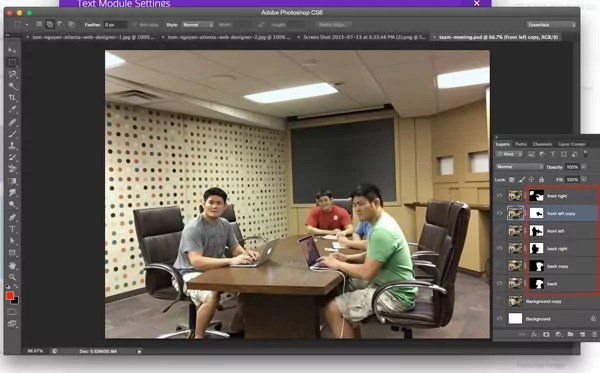 In the example above I brought several pieces of clothing, and I changed clothing after every shot. You will need to create a layer mask for every layer of yourself except for the bottom one. This image took over an hour to make, but the spent on it was well worth it.

Here are the two finished images. 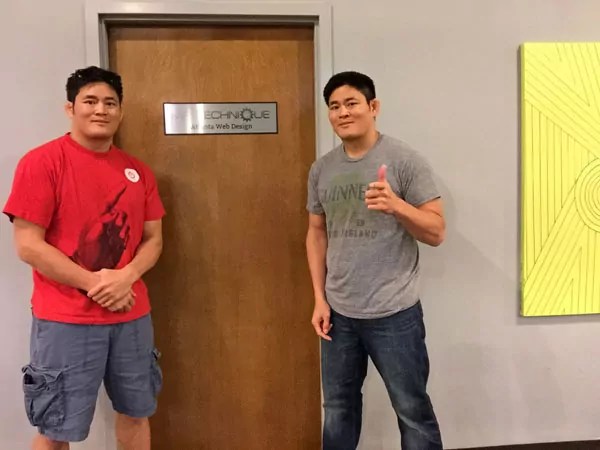 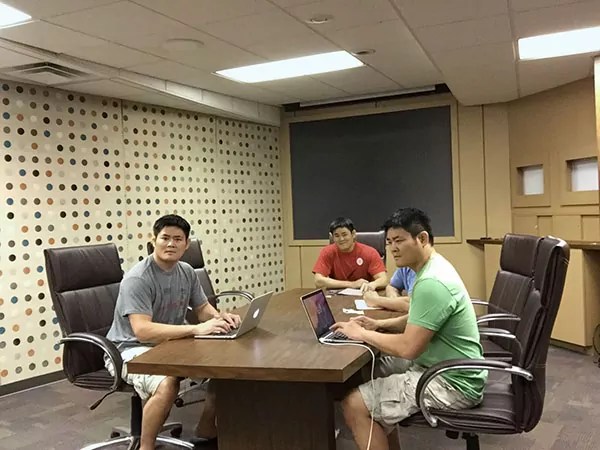 Thanks for reading this tutorial. It’s my first Photoshop tutorial. If you found this tutorial useful, let me know in the comments. I would love to see some clones of you.

Posted in Graphic Design and tagged photoshop
← Is Yext Worth It?3 Kick-Ass WordPress Form Plugins →